The Beginning of the End for Barnes and Noble? 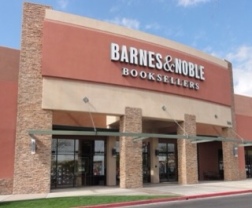 When Borders was shuttered in 2011 most analysts felt that competitor Barnes and Noble would benefit. Yet, 2012 was not a good year for the last remaining brick-and-mortar mega bookseller. Store traffic has been falling, same store sales were down in the critical holiday season just ended, and B&N had a total drop of $1.2 billion in overall sales during the nine-week period ending Dec. 29.

It's no secret that Barnes and Noble is challenged by the showrooming effect that we've blogged about before. Showrooming is the practice of visiting a bricks-and-mortar retailer to learn about and make a product selection and then purchasing that product at a lower price on the internet. The leading online bookseller Amazon.com, not only doesn't have the overhead of the many retail locations of Barnes and Noble, but also in most states they are not collecting sales tax. The net effect is a substantially lower price to the consumer who buys online.

In addition to the tough competition in print books, consumers have been buying fewer print books as e-readers have become popular. Here too, Amazon.com's Kindle has proven to be the leader and has reported that their sales in Kindle e-books has surpassed their sales of print books.

It's not a rosy picture for Barnes and Noble stores. Even worse, are the prospects for print books as a whole. The publishing industry would be hard-pressed to survive without the hundreds of retail outlets for its books that B&N offers. Yet, Barnes and Noble has announced a long-term plan to close a third of their locations in the coming years….even though most of them are profitable.

Though I love the all too rare independent booksellers, I've already missed the Borders, and I'm sorry that we'll have fewer Barnes and Nobles. Even though I own a Kindle, I have not been able to wean myself off print books, and I don't really feel the need to. I guess I just want it all.

This entry was posted in Bookstores, Business and tagged Barnes and Noble, books, bookstore, Kindle. Bookmark the permalink.

3 Responses to The Beginning of the End for Barnes and Noble?