Update on retailers battle with Amazon 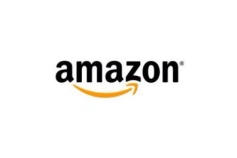 Amazon has settled a dispute with Arizona and will begin collecting sales tax from Arizona purchasers in February 2013. According to the Associated Press, Amazon “now collects sales taxes on orders shipped to seven states, including New York and Texas, and has agreed to start imposing levies in six more.”

Even though Amazon has long resisted collecting these taxes, it appears that this is becoming a losing battle. Brick and mortar retailers see this as a positive move in leveling the playing field.

See our previous blogs on retailers fights with Amazon.